GEUZE and KRIEK are brewed by age-old methods which depend on spontaneous fermentation and ripening. In the first stage a mixture of malt, wheat and water is prepared.
During the process the starch is transformed into sugars suitable for fermentation. The mixing is repeated several times over. A liquid is obtained by filtering the mix. This is the wort, which ultimately becomes beer.

Matured hops are added to the wort, wich is then boiled for 4 to 5 hours so that it reaches a density of 5 Belgian degrees. After boiling the by now useless hop buds are removed.
The wort is then cooled in shallow vats. The outside air is allowed to pass freely over the large open vats. This air is essential to the brewing method, as it contains the micro-organisms wich give LAMBIC its unique flavour. For this reason LAMBIC brewing is a seasonal activity (October to end April).
The cool wort is then run into tubs before being directly transferred to casks. A few days later the main fermentation process becomes evident with the appearance of foam in the bung holes.
The beer is then allowed to ripen on oaken casks wich hold about 650 litres each. This is the true spontaneously fermented LAMBIC. 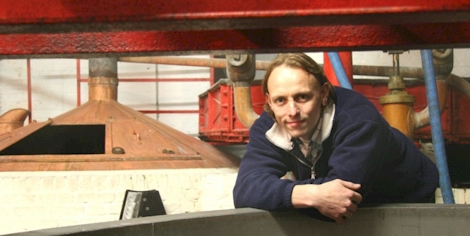 By mixing young (one-year old) Lambic with older Lambic a second spontaneous fermentation in the bottle is obtained. The result is called OUDE GEUZE.
In order to be offcially allowed to call this beer 'Oude Geuze', a real trademark for artisanal beer, the beers used for the mix have to be at least 3 years old. 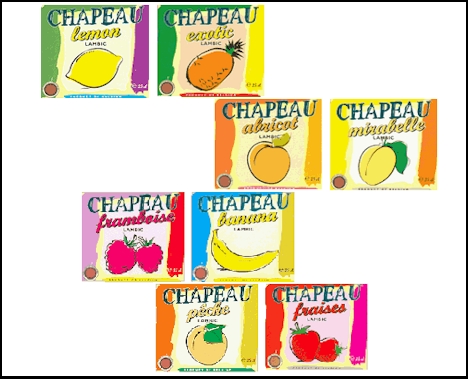 When our cherries are added to the casks of Lambic a drink is obtained after about 5 months called KRIEK, which has a very special flavour and a red colour.

FARO is another traditional speciality, and is obtained by sweetening the spontaneously fermented Lambic with crystallized sugar.

The fruit beers are, like KRIEK, the result of adding peaches, bananas, raspberry or mirabelle plums to the spontaneously fermented Lambic. 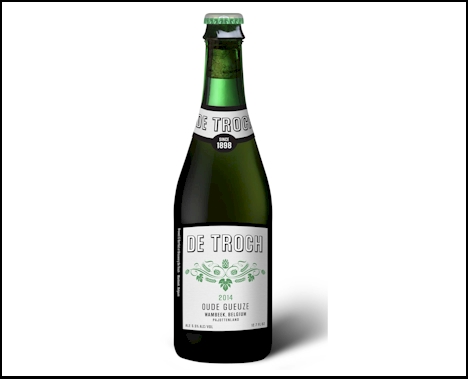 After bottling, both GEUZE and KRIEK are stocked for 7 to 8 months in the cellars of the brewery so that they can continue to ferment further in the bottle.

This process gives real GEUZE with a sediment in the bottle - the delicious CHAPEAU GEUZE brewed by DE TROCH.

By the way, you can easily keep your GEUZE and KRIEK for a couple of years in your own cellar - just like any good French wine.